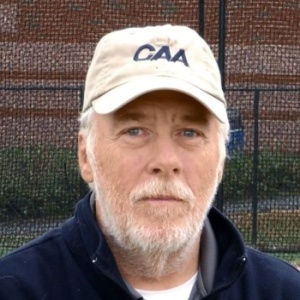 John has forged a remarkable career, highlighted by his passion for teaching all things related to umpiring. Known throughout the country for his modern and cutting edge umpire training program, he is directly involved in our constantly evolving clinic curriculum.

John is a graduate of George Washington University with a Bachelor of Science in Business Administration. John was honorably discharged from the U.S. Army after six years of service, including one tour of duty in combat. 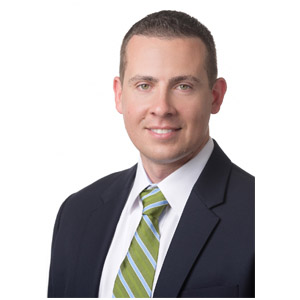 Tom has umpired collegiate baseball on the conference staff of the Atlantic Coast, Big Ten, Conference USA, Colonial, Atlantic 10, and Old Dominion Athletic Conference including selections to the NJCAA Region XX Championship, the Colonial championships, and Division I Regional Championships.

Outside of umpiring, Tom has worked as an Information Technology consultant and in Managed Network Operations for over sixteen years including time at Harris Corporation and Rosetta Stone. Honec received his bachelor's degree in integrated science and technology and his master's in business administration from James Madison University.

Brian began his professional career in 2009 umpiring in the Gulf Coast League. Over the next six years, he umpired in the New York-Penn, South Atlantic, Florida State, Eastern, and International Leagues. Additionally, he umpired in the Dominican Winter League and served as Head Crew Chief, Arizona Instructional League.

A student of the game, Jim has engendered respect throughout the country as a plate umpire clinician. Jim began instructing for Mid-Atlantic Collegiate Officials in 2009, an organization for whom he continues to be a valuable instructor staff member.

Craig brings a wealth of experience to the instructional staff serving over 20 years in Division I on the conference staffs of the Atlantic Coast, Big Ten, Colonial, Big South, and Atlantic 10. Craig has been selected to the Colonial, Atlantic 10, and Division I Regional Championships.

After graduating from the Jim Evans Academy of Professional Umpiring in 2010, Dan began his career the following year in the New York-Penn League. In subsequent years, he advanced through the following leagues: South Atlantic (2012), Carolina (2013), Eastern (2013-2015), Arizona Instructional (2013), and Dominican Winter (2015).

After graduating from Umpire School in 2011, Randy has since worked in the Professional Gulf Coast, Appalachian, South Atlantic, Carolina, Eastern League, and Triple-A International Leagues. He has umpired with Mid-Atlantic Collegiate since 2008, and currently serves as an Associate Assignor for Mid-Atlantic Officials.

After graduating from Umpire School in 2011, Randy has since worked in the Professional Gulf Coast, Appalachian, Midwest, Florida State League, Eastern, and Triple-A International Leagues.

After beginning his NCAA career in 1996, Chris graduated from the Jim Evans Academy of Professional Umpiring. Instead of focusing on a potential professional umpire career, he instead chose to continue in NCAA baseball.

While still a student at Boston College, he became the youngest college baseball umpire in the country and subsequently graduated with honors from the Jim Evans Academy of Professional Umpiring. In 2007, Alex co-founded the New Jersey Sports Assigning Bureau (NJSAB), the largest sports assigning organization in the state.

Umpiring NCAA baseball since 2005, Dan is currently on staff in the America East Conference, Ivy League, Metro Atlantic Athletic Conference and Northeast Conference. In 2016 Dan was on the Ivy League Championship crew.